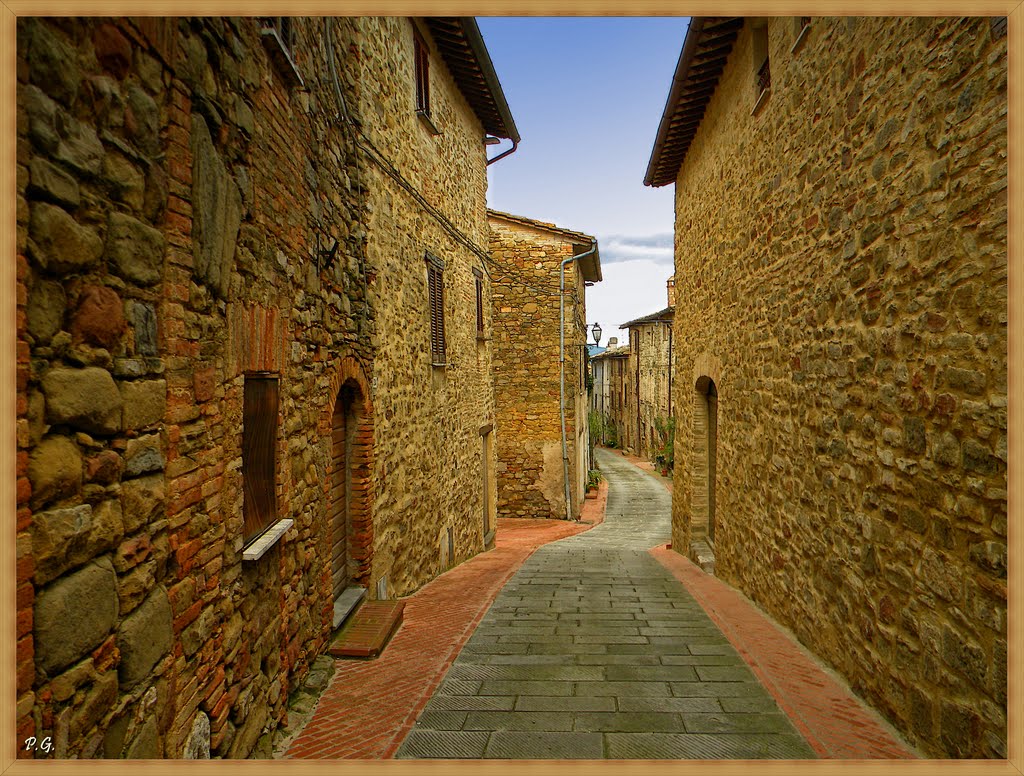 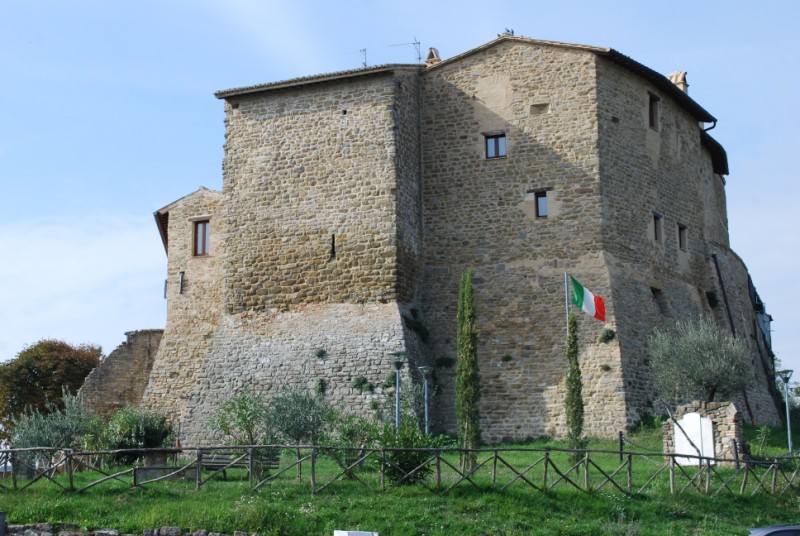 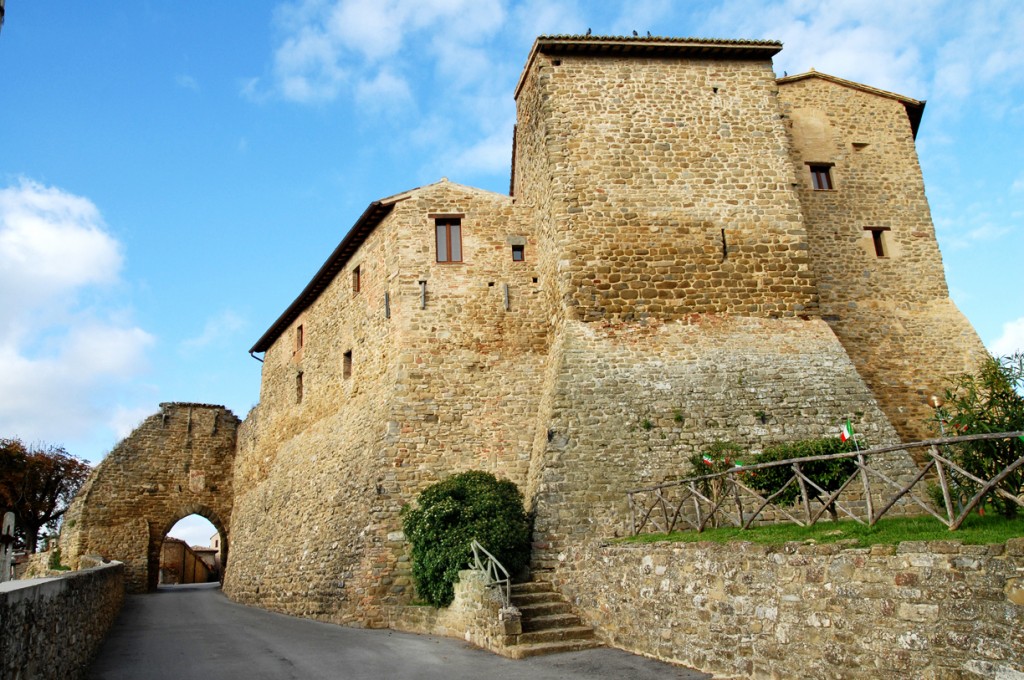 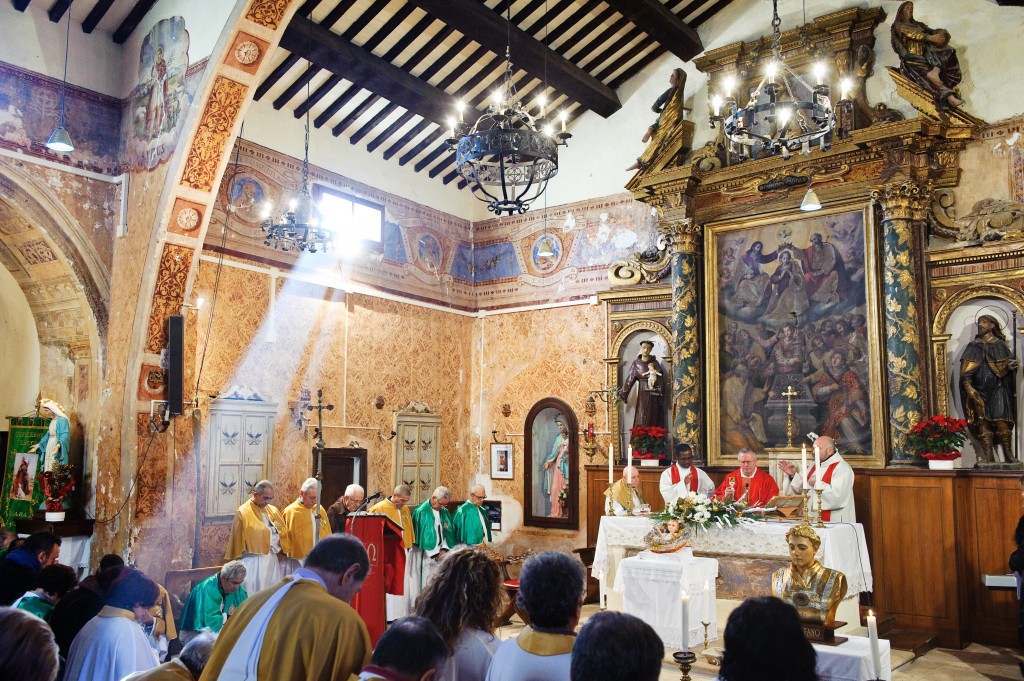 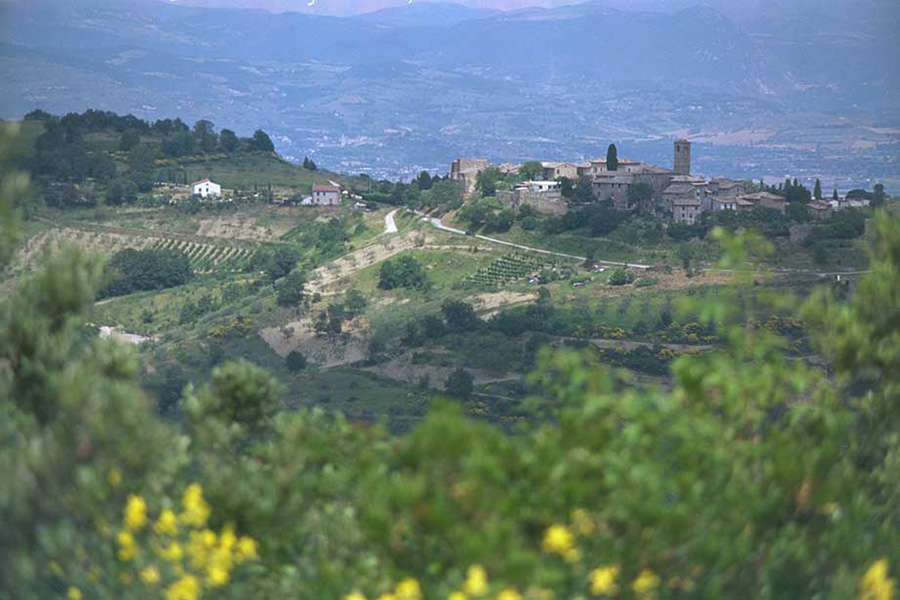 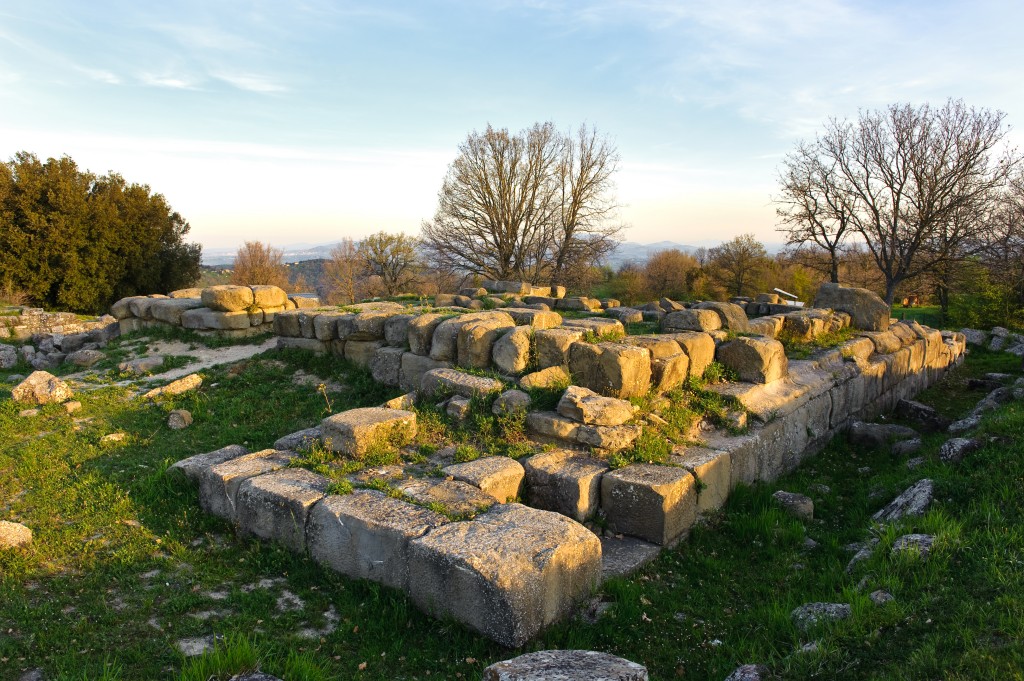 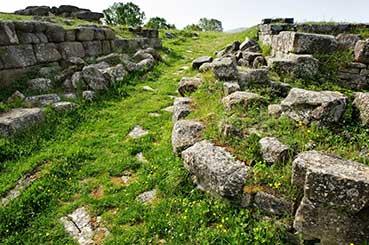 Collemancio is part of the municipality of Cannara, in the province of Perugia.

The walled village is located at an altitude of 507 meters s.l.m., about 7 km west of Cannara, at the end of the provincial road 412. It is located on a wooded hill and widely cultivated, propinqua the Martani Hills.

A few hundred meters from the current Collemancio, in La Pieve, are the ruins of the ancient Roman city of Urvinum Hortense, probably the city mentioned in the Naturalis Historia of Plino il Vecchio. Based on a pre-Roman vicus (third century BC), it exerted a control function on the road network and served as a transition center for goods. In the first imperial period, Augusto puts it among the municipalities of Region VI; probably, its urbanization occurred around the first century. In 69, the Roman consul Fabio Valente was imprisoned there, as he struggled for power against Vespasiano. Around the fifth century, for reasons not explained more clearly, this village saw the depopulation and to its abandonment. The first excavations that brought to light in 1931, are the work of the primary school teacher Giovanni Canelli Bizzozzero.

About Collemancio, first mentioned in 1224, when Onorio III granted the bishop of Assisi jurisdiction over the Collismanci castle.

In 1293 it became an independent municipality and in 1377 he submitted to Perugia. From 1516 to 1648 he was part, as a summer residence of the Baglioni accounts, the county Spello and Bettona. The death without descendants of Malatesta V, in 1648, caused the extinction of the feud and the immediate annexation of the Papal States. In 1870 the village was built in the town of Cannara.